Armwrestling are in the program of the 2015 IWAS World Games! 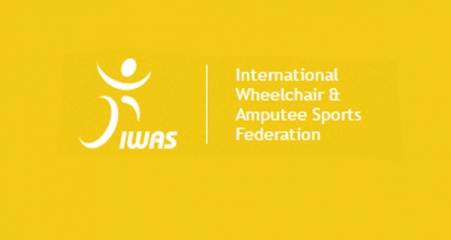 It is with great pleasure that IWAS can announce the 2015 World Games has been awarded to Sochi, Russia

Our member organisation the Russian Sports Federation for Persons with Physical Disabilities has been successful in its bid to host the IWAS World Games for 2015 with preliminary dates set for 26 September to 2 October.

Following the successful final site visit during August 2014, IWAS Games Technical Manager Jan Bockweg reported his findings for the Games to be held in the city of Sochi.

Sochi which hosted the 2014 Winter Olympic and Paralympics has set itself above many cities to offer a barrier free location with inclusive design for both sport venues and accommodation.

Sports to be include;

IWAS Chief Operating Officer, Charmaine Hooper said «IWAS is pleased to benefit from the legacy of the Sochi 2014 Winter Paralympics in regard to the interest it created in para-sport and believes that the IWAS Membership will support the Games with a record number of entries. We all look forward to a very successful IWAS World Games 2015″

Each country planning to participate in 2015 IWAS World Games in Sochi will be able to enter up to 5 athletes in each weight category.

Competitions will be held on the following classes and categories: